As Canadians we love to celebrate our country, and there’s a lot to celebrate! We’re known for being a welcoming, multiracial, and friendly sort of bunch.

We’ve also got some incredible dishes––Poutine, Nanaimo Bars, Montreal smoked meat sandwiches anyone?––the best hockey players in the world, and some of the most breathtaking landscapes on earth. What’s not to love? So when Canada Day comes around, us Canucks take celebrating our true north strong and free pretty seriously.

That also means Canada Day is a great opportunity for businesses to run a contest, so we’ve pulled 3 contest ideas to get you started.

Local shopping centres should take note of Bramalea City Centre’s “150 Days of Giveaways” contest in honour of Canada Day. Small cities often run into the issue of getting their town’s inhabitants to “shop local”, but Bramalea has found a way to combat that by running this impressive contest. 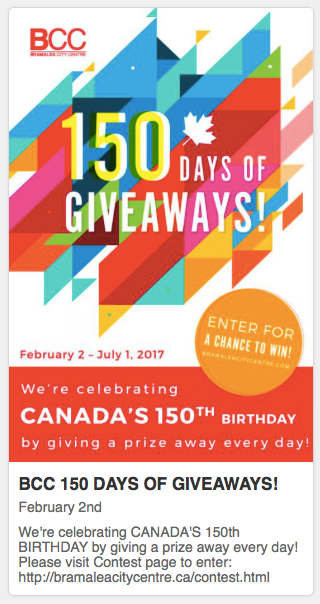 Every day a new winner is drawn and receives a prize from top retailers such as Sephora, The Body Shop and Bentley; all-that participants have to do is fill out a simple form. This allows Bramalea to collect data on contestants, as well as re-market via email or phone after the contest is over. In the meantime, when participants need to shop, they’ll hopefully feel obligated to do so at Bramalea, due to the the power of reciprocity.

150 days will allow Bramalea to gain a lot of information on their customers. While the contest is a good start, in order to reach a larger audience, increase brand awareness and gain more participants, the city centre should also award additional entries to participants for sharing the contest on social media. 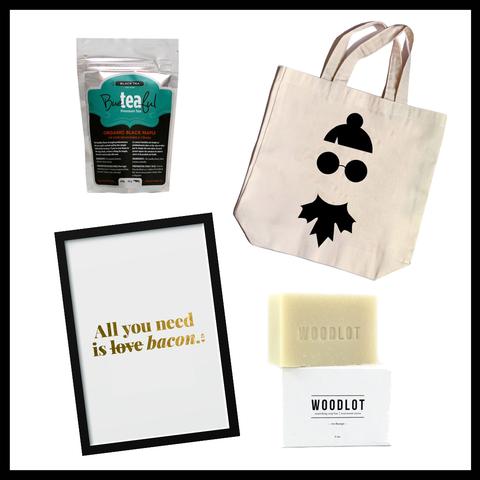 The Chic Canuck is a small online business, and what does every online business want? More traffic and more sales as a result. They leveraged their social media accounts to gain the widest reach. In order to enter, participants were asked to do the following:

Air Canada, one of Canada’s largest airlines, is running a big contest this Canada Day in honour of Canada marking 150 years since confederation. The contest idea is pretty simple: Participants upload their best shots of Canada on Instagram using the hashtag #Canada150 and tagging @AirCanada for a chance to win 2 tickets to any of Air Canada’s Canadian destinations and to have their work shown in the July issue of Air Canada enRoute.

This contest isn’t overly-salesy. Air Canada isn’t asking participants to post a branded photo, which oftentimes retailers do. This contest is about building a community around the Air Canada brand and bringing Canadians together in sharing photos of the beautiful land they live in. For larger companies, a simple contest like this makes sense.