Epic Back to School Promotion Ideas

It’s that time again: Kids are preparing to go back to school and college freshmen are entering a new season of their educational career. Considered to run from late July to late August, the back-to-school marketing season offers brands a short window with which to forge a deeper connection with customers, increase brand awareness across digital channels, and boost pre-holiday sales.

In 2014, eMarketer reported a 16% increase in total back-to-school sales since 2013 with more than $50 million spent online. The driving force behind this phenomenon? Digital presence and engagement.

A study conducted by Prosper Insights & Analytics in 2014 evaluated the shopping habits, preferences, and influences of adults during the back-to-school season. Here are a few highlights of the survey:

The brief back-to-school season clearly has an impact on consumer purchasing habits as brand visibility steers attention and increases sales. However, the National Retail Federation reports many families plan to limit back-to-school spending, which presents the opportunity for brands to engage customers with contest and sweepstakes offers.

Contests are designed to specifically reach the back-to-school market with brand-centered content that encourages action and increases awareness. Let’s take a look at how top brands use digital contests to positively impact business goals in the back-to-school season.

A creative marketing endeavor, the Gap Kids Class of 2014 promotion embodied the spirit of the season by asking parents to submit photos of their children during the back-to-school season. The brand used @GapKids channels on Facebook and Instagram to engage with parents, receive submissions, and respond to entries. 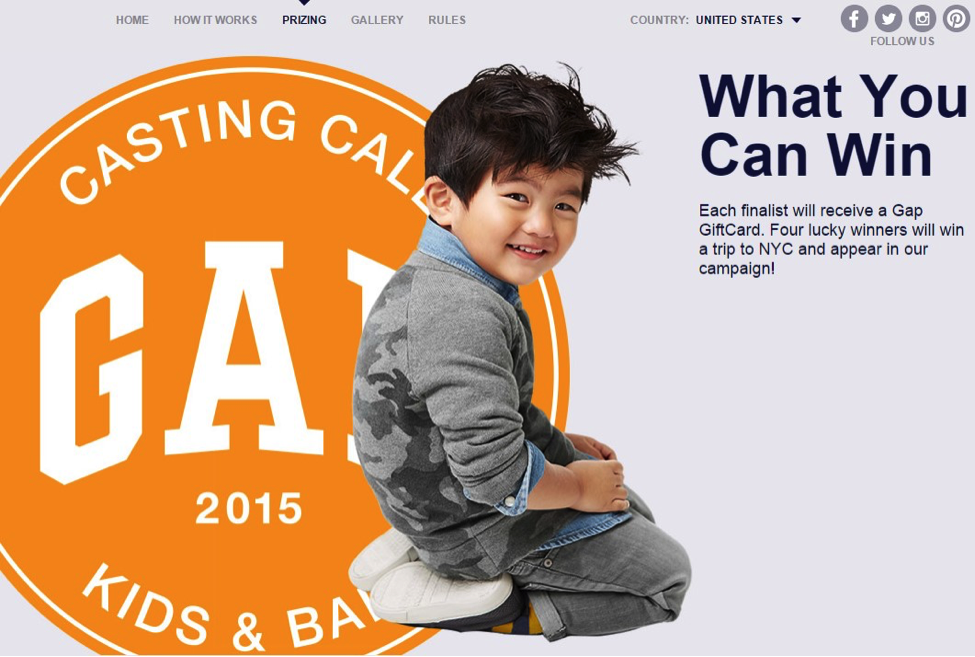 The winner received a spot in the brand’s 2015 campaign and short commercial-like video featuring Gap’s branding. As a result of the campaign, thousands of social media followers became part of the burgeoning community of brand advocates while Gap’s market position as a top kid’s clothing brand was secured.

Nothing quite says “pay attention” like user generated content. Accessory retailer ALEX AND ANI partnered with Dormify, a company specializing in products that organize and add style to small spaces, captured the power of engagement by combining user generated content and back-to-school giveaways. 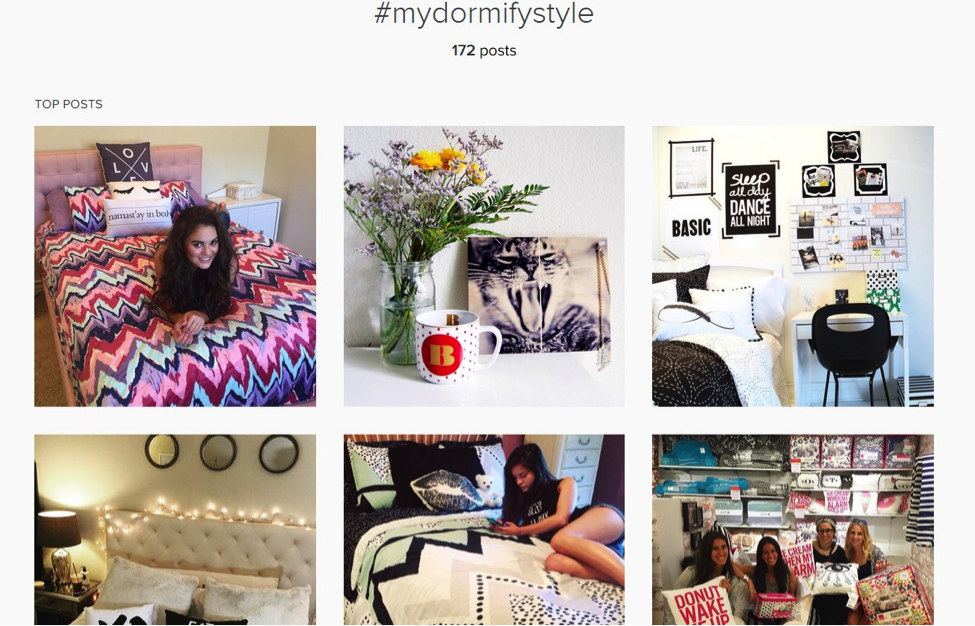 Available at Macy’s, Dormify’s line of dorm-ready bedding and décor allows college students to customize and optimize their living space. ALEX AND ANI’s strategic partnership with Dormify created the perfect launching pad for a back-to-school promotion. Though still taking submissions, the brand duo is earning digital awareness with its back-to-school sweepstakes. 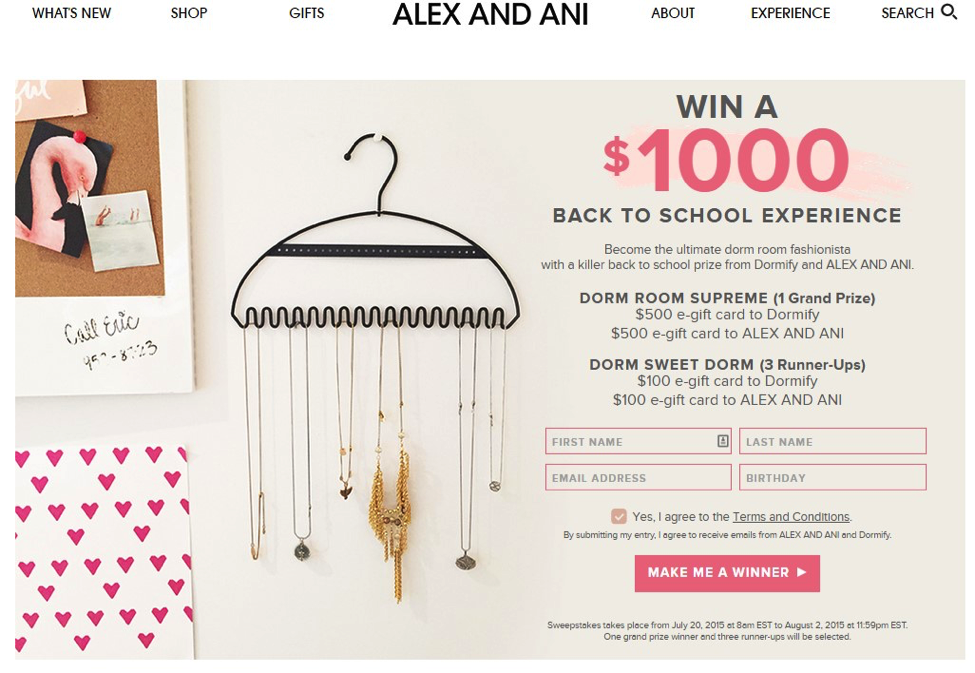 A brilliant (and successful) effort by TOMS, the #TomsGiveBacktoSchool campaign called for customer creativity while bolstering brand recognition and engagement. Focused on Pinterest, a platform used by 42% of women online, TOMS’ promotion asked users to create a custom Pinterest board for a chance to win a new wardrobe. 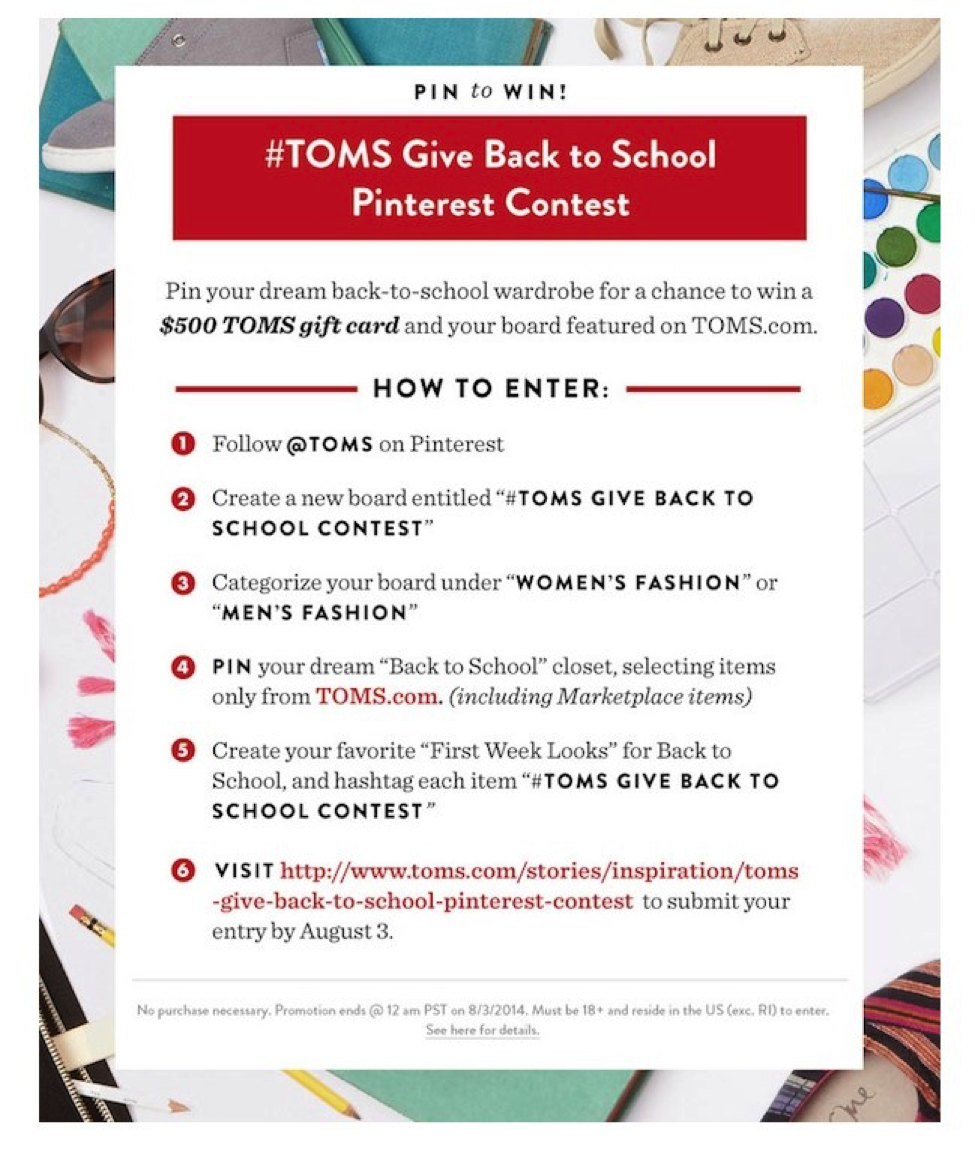 TOMS gained increased visibility on Pinterest – where the brand’s target market spends time online – while developing digital rapport with prospects. The campaign also became a permanent fixture on the brand’s Stories microsite, which highlights the company’s humanitarian efforts and serves as the hub of a brand-centered community.

The ABC’s of Back-to-School Fame

Attract, build, and convert – this is the goal of branded back-to-school promotions. By taking cues from the brands above, your business is prepared to attract new customers, build meaningful relationships, and convert relationships into sales. Tap into the power of Strutta’s Social Promotions Platform to launch a back-to-school campaign the world won’t soon forget!