We're Back to the Blog with Exciting News!

It’s been a while since you’ve heard from us, we know. We definitely feel a little guilty about falling silent for so long, so we’d love to give you a bit of a wholesale update on what we’ve been so busy with.

Building the Base of an Entirely New Platform

Ever since we began, Strutta has always been about providing a powerful technology platform to support powerful social promotions. In order to continue to do so for a long time like we’d hope to do, we embarked on an ambitious project near the end of last summer to build something brand-new. Using everything that we’ve learned over our nearly-7-year history, we began where almost any solid software platform should begin; with an API.

Having an API is certainly not a new thing for Strutta; some of our largest past promotions have been built utilizing our previous Contest API. The new Promotions API is a major leap forward, not only in terms of its expanded capabilities, but also because it’s publicly consumable.

We’re very excited about this because of the possibilities it presents to use Strutta as the technology platform for amazing marketing campaigns; whether your brand would like to run a simple sweepstakes or an incredibly complex combination-photo and video competition that exports entries to your CRM platform, the Promotions API is the right tool for the job. 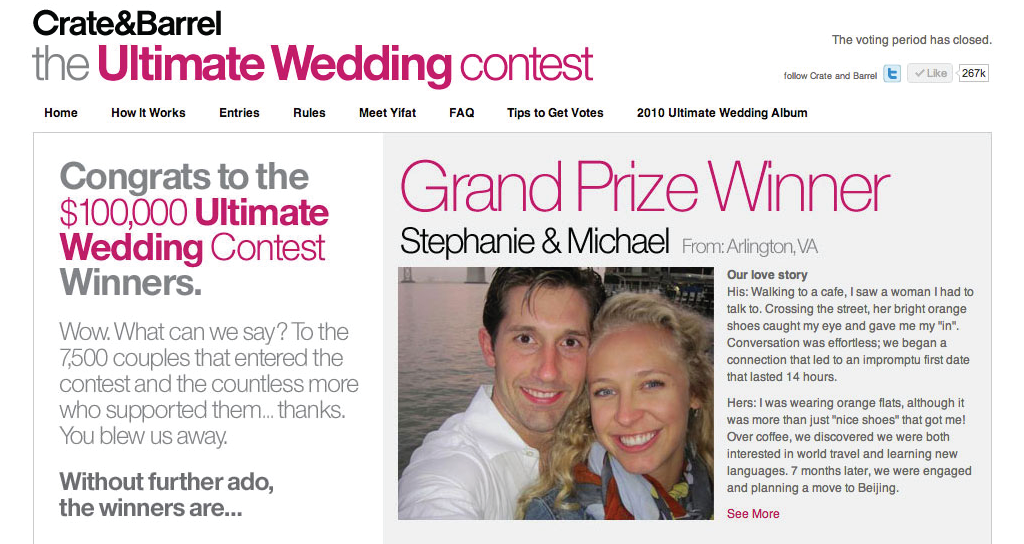 Another exciting thing about the API is the fact that it will not restrict you to creating promotions; it will be possible to create applications as well. Launched last fall, SailMail became the API’s first user, bringing sweepstakes-like capabilities to email marketing. Nothing would make us happier than if the next application to be built using the API was built by someone outside of our team.

We’re happy to say that as of today, we are accepting participants in our public Beta Test of the Promotions API. Don’t let the “beta” label fool you, the API is ready to support your custom-built promotion or application now. What’s more, while we’re still in Beta, all access to the API will be free!

Whether you have a contest, sweepstakes, competition, fantasy sports league, application, or pretty much any idea for an internet-based project that involves choosing winners, we’re confident that the Promotions API will be able to help to make it a reality.

To learn more about the API/whether it’s the right platform for your project, send me (Danny) an email at danny.wood@strutta.com.

We understand that for many of our users, the Do-It-Yourself Promotion Builder is the most important thing that Strutta offers, and as such, we’ll have more exciting announcements to make later this month. Stay tuned!