Affect first ditched conventional cover letters and CVs in favor of The New York Intern Project (NYIP), a social media contest to find the ideal candidate for their summer internship position, in 2011.

Affect asked college students interested in a PR and social media career to enter a creative photo or video along with a short bio and a completed questionnaire. The entrants then rallied for votes over a seven-week period in an effort to secure placement in the next round while leveraging their own social media presence to drive buzz back to Affect and the contest. Through the contest, entrants demonstrated their personality, drive and ambition as well as their networking and social media skills - attributes and skills that they would be implementing throughout their time with the agency.

A panel of esteemed industry leaders judged the six top voted candidates and selected three finalists to go to NYC for an in-person interview. Finally, Affect selected their summer intern with confidence.

Affect developed a fully integrated marketing and public relations plan which outlined touch-points for promotion during each stage of the contest. They distributed press releases at the launch of the contest, at the end of public voting announcing the finalists, and another announcing the winner. They also used direct outreach, ran targeted LinkedIn and Facebook ads, and joined discussions in groups and on Twitter to connect with connect with college students looking for a career in public relations directly. 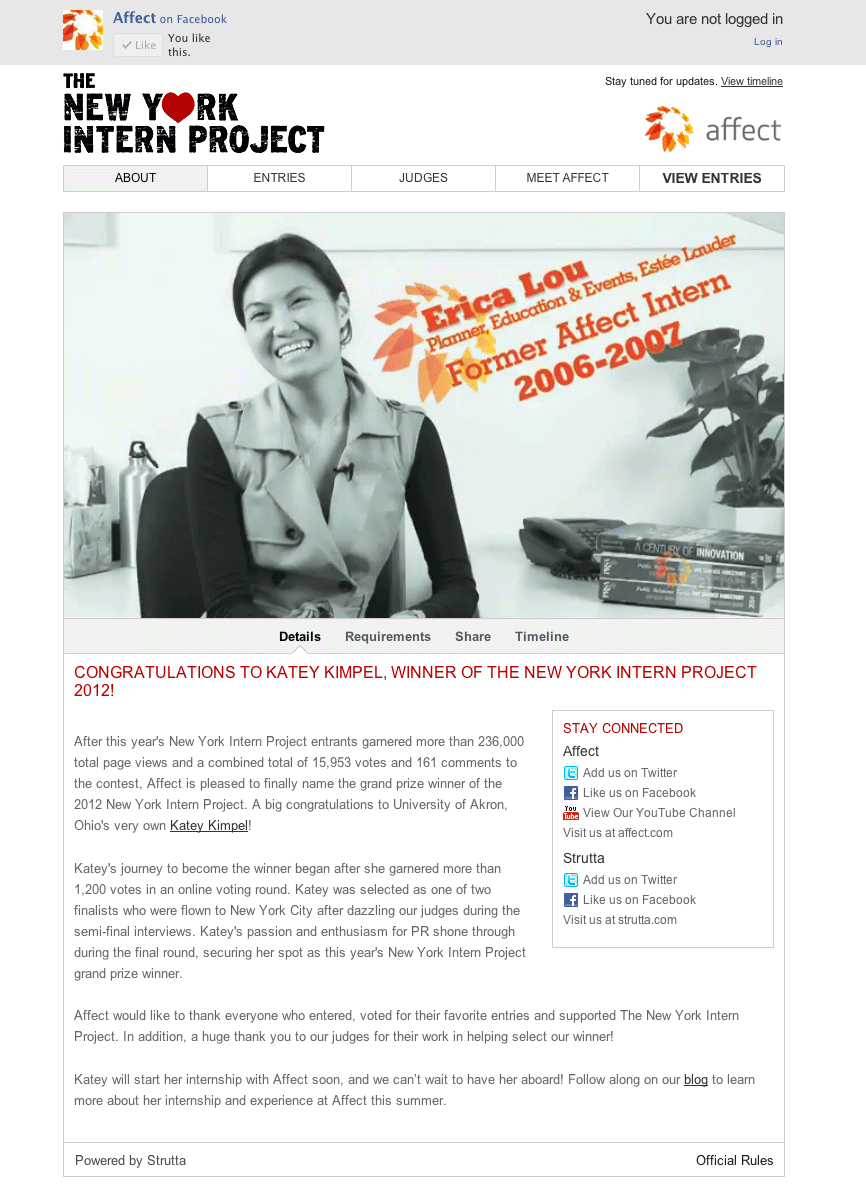 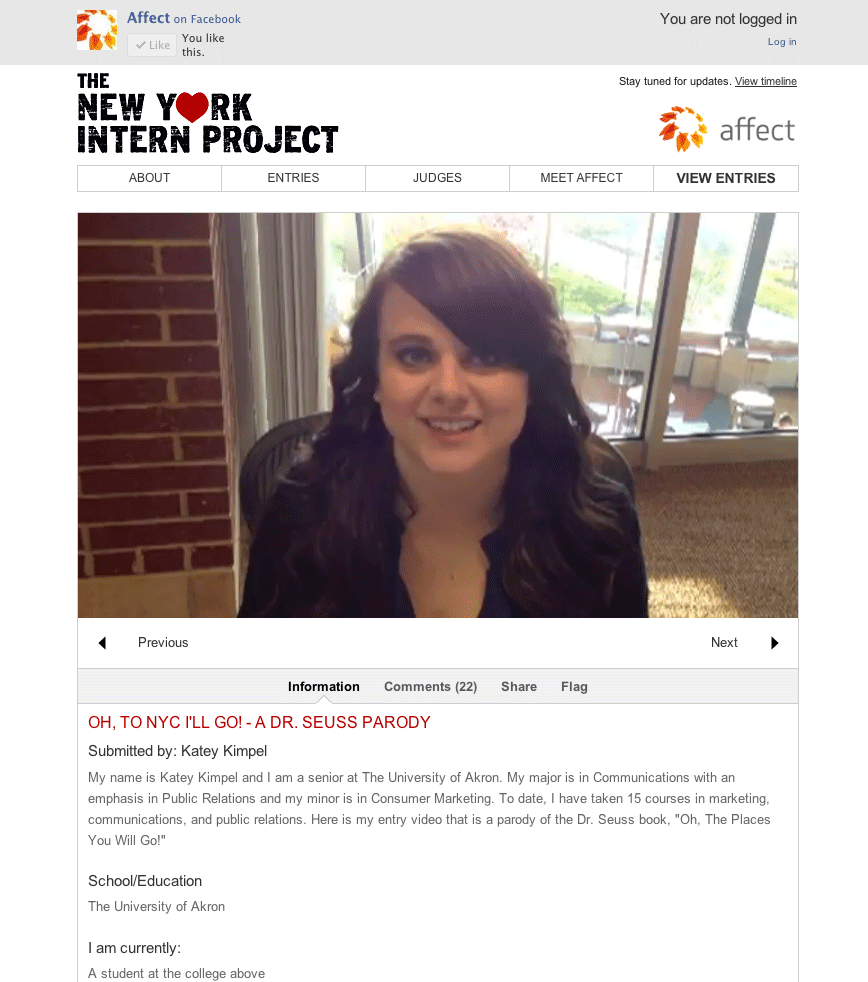 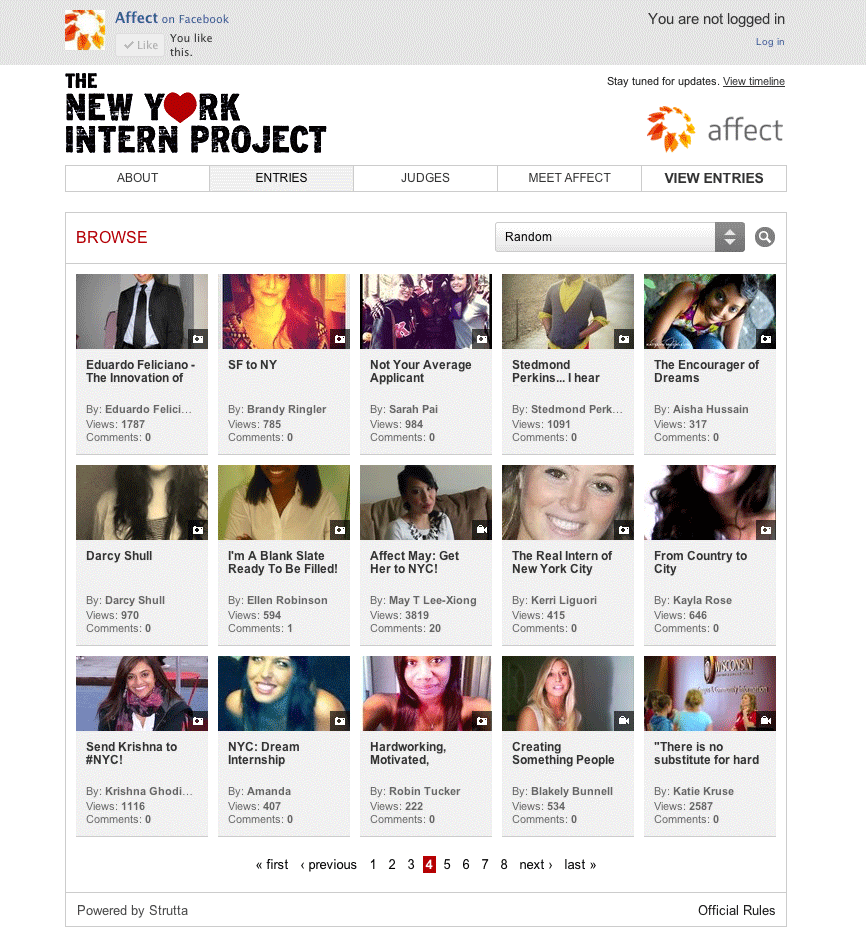 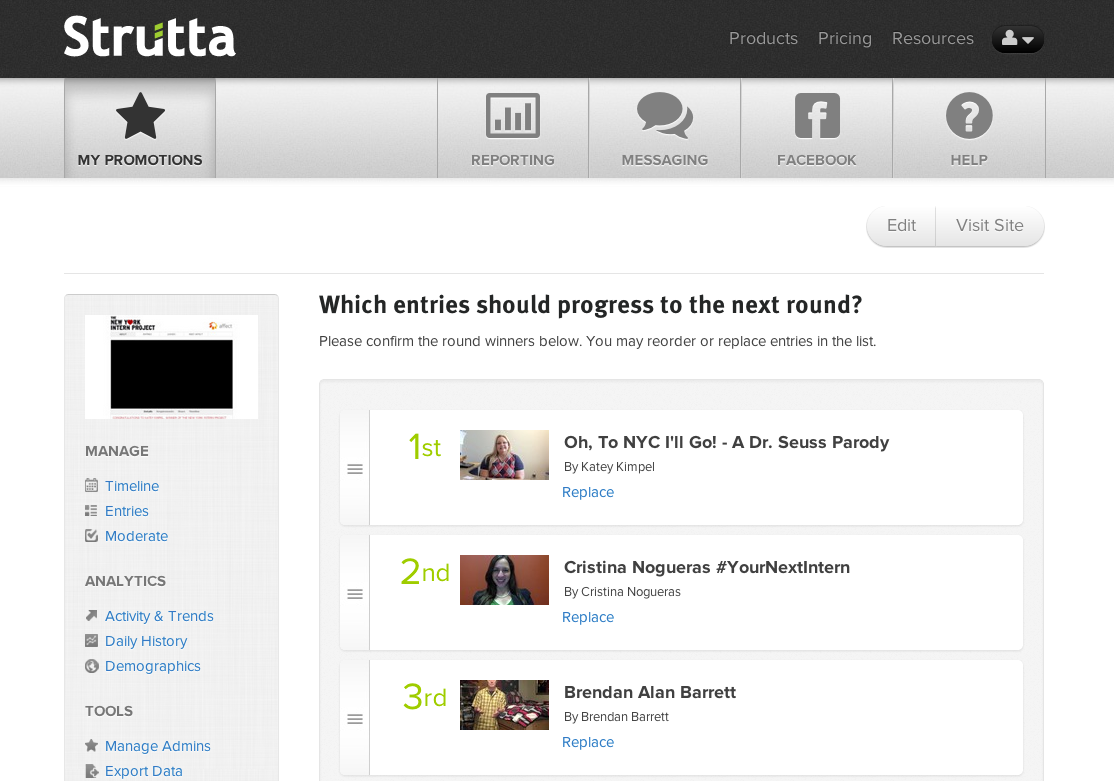 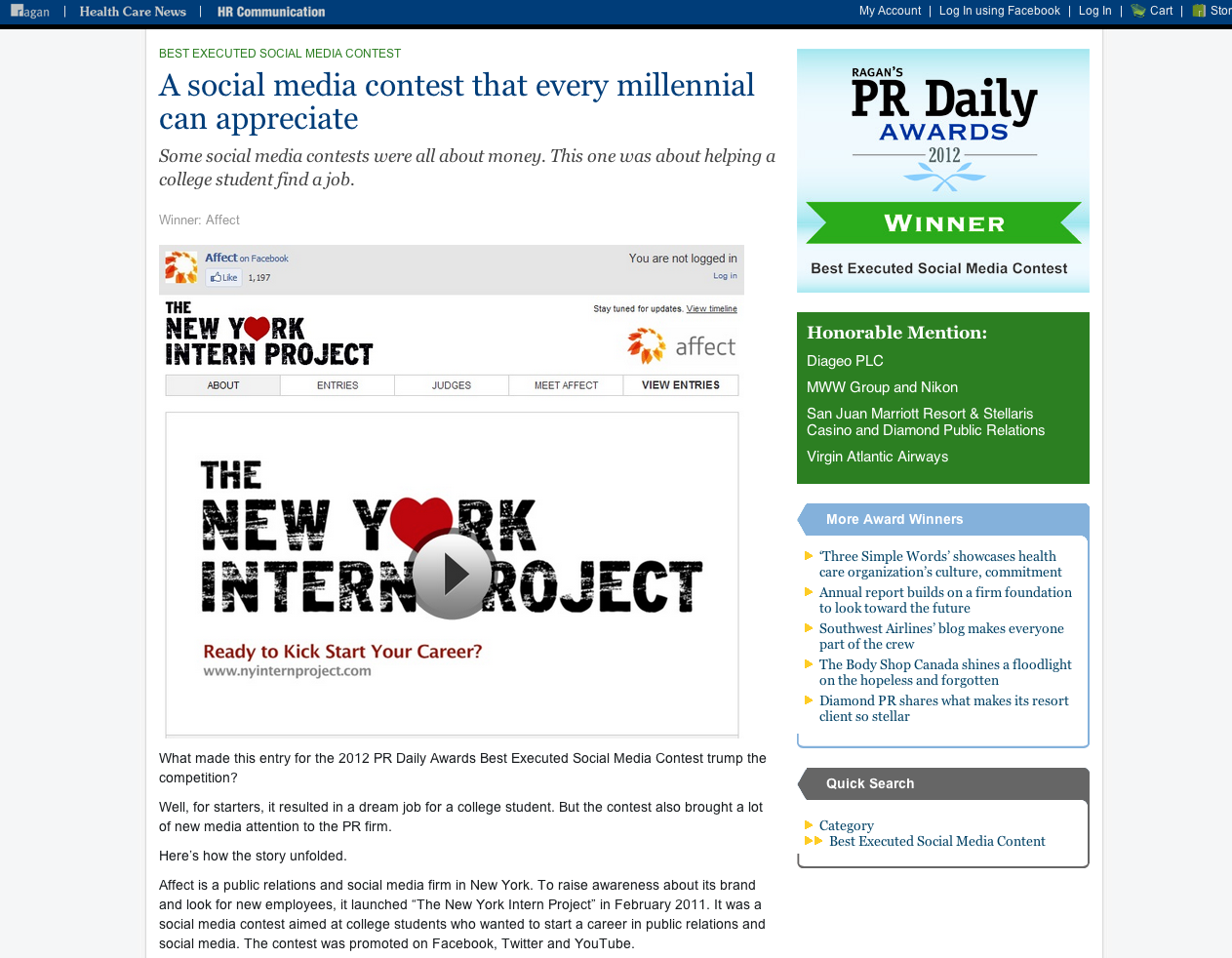 The 2011 NYIP generated the company media coverage, increased their engagement on social media and expanded their pool of employment candidates, and the winner went on to take a full-time position with Affect following his internship. In 2012…