Maggiano's attracts 8,850 visits to their microsite contest in just one day.

Maggiano’s Little Italy, a casual dining restaurant chain specializing in Italian-American cuisine, wanted to drive traffic to their website and promote their 44 nationwide locations across America to newly engaged couples as the ideal venues to host wedding events.

Maggiano’s had couples share their blissful wishes through a photo and an essay, listing the top five things they’d like to experience together during their marriage. The contest ran in early Spring and attracted couples who had celebrated recent New Year’s Eve’s proposals and Valentine’s Day engagements.

Strutta’s platform handled photo uploads and provided an interface for the contest’s judges to select finalists remotely. Maggiano’s named their winners with confience through a public voting round protected by Strutta’s proprietary Fraud Guard.

Maggiano’s executed a solid communications plan to promote the Bliss List contest. They posted regularly on Facebook and Twitter, issued press releases at contest milestone dates, and updated the contest site to reflect round changes.

During the submission round, Maggiano’s used the intro image to showcase the prizes and outline how to enter. While the judging and voting rounds were open, they highlighted the prizes. Once the contest was closed, they displayed the contest winners. 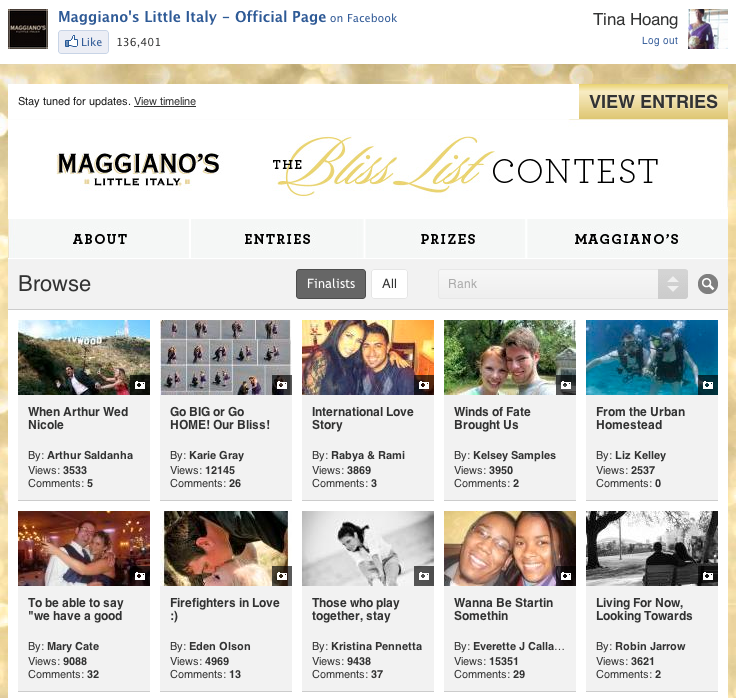 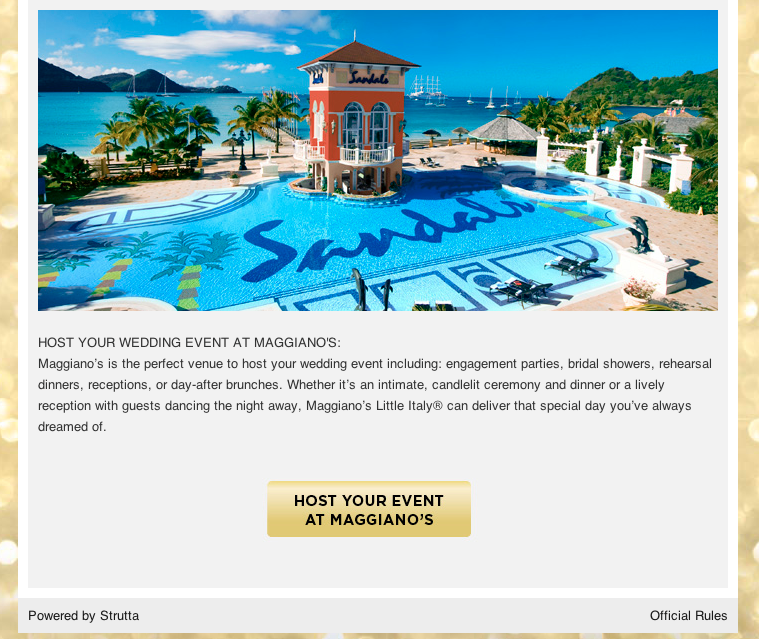