Maggiano’s creates a buzz for their new featured dishes with help from Dave Matthews Band.

In the Crush Sweepstakes, Maggiano’s fans simply filled out an entry form to receive a coupon and a chance to win an exclusive prize pack including Dave Matthews Band VIP concert tickets and a private Sonoma County wine experience or a number of runner-up prizes.

Maggiano’s has a strong Facebook fan base but in order to reach a more broad range of people, they launched the sweepstakes as a standalone microsite with Facebook integrations. Maggiano’s and their sponsors, The Dreaming Tree wines and Dave Matthews Band, actively drove traffic to the microsite through strategically timed email blasts, Facebook and Twitter posts. 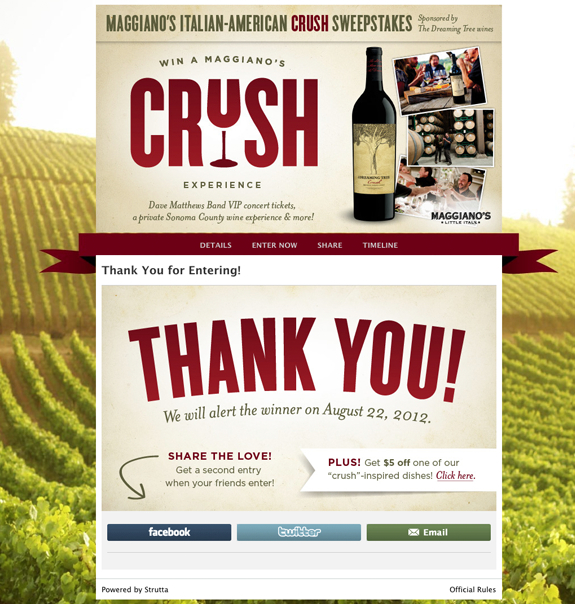 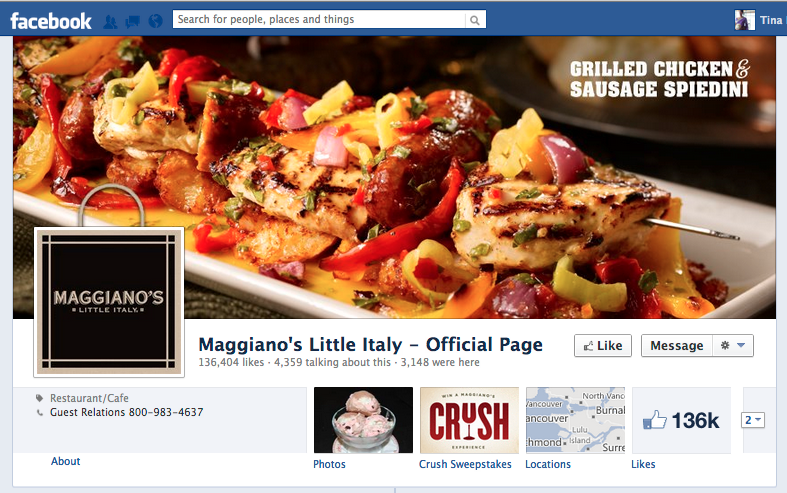 Maggiano’s runs a mix of social promotions throughout the year. They benchmark results against previous campaigns and apply lessons learned as they move forward. This sweepstakes followed their Bliss List contest, and gained a greater response than anticipated.