Men’s Health, the world’s largest men’s magazine brand, with 44 editions around the world, along with their counterpart brand, Women’s Health, wanted to create a positive and competitive environment that would drive user engagement with both of their brands on Facebook and on their respective websites.

Men’s Health and Women’s Health strengthened their brand through Facebook’s Fittest Friends, a custom photo contest. The contest sought out America’s best body on Facebook over the Summer of 2011 and saw a tremendous response.

With a customized Strutta solution, Men’s Health and Women’s Health successfully engaged with their fans at multiple touch points.The ‘6-up’ voting grid captivated voters by presenting a new set of six random entries after each vote was cast. Real-time results helped to keep excitement levels high and competition fierce.

Taking advantage of their own properties including print magazines, brand websites and social media channels to advertise the contest, Men’s and Women’s Health Magazines drove their existing audience to the promotion. Their reach was expanded with thanks to the inviting contest concept and Strutta’s built-in share tools. 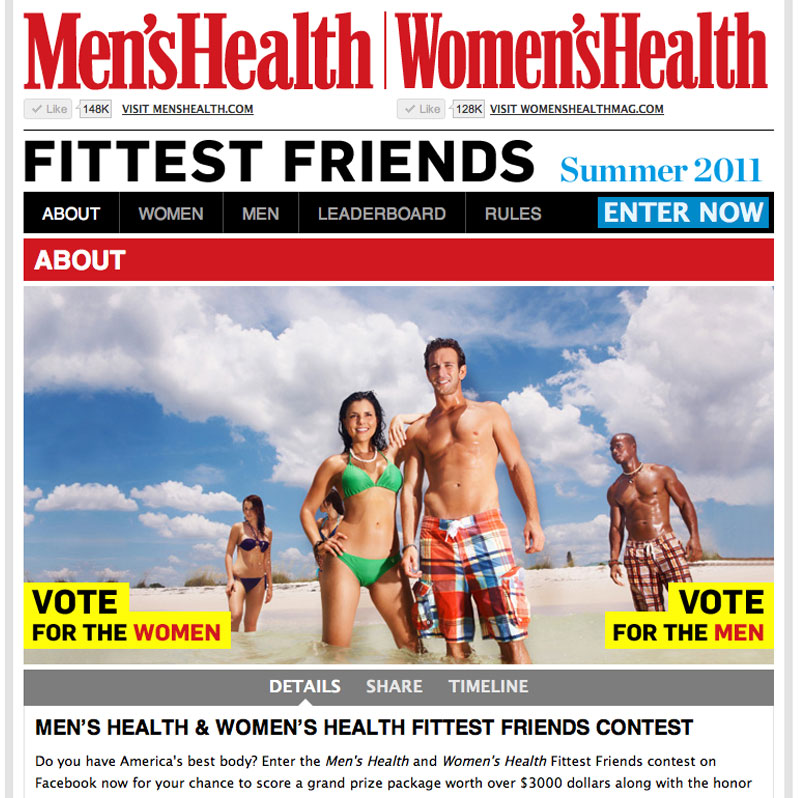 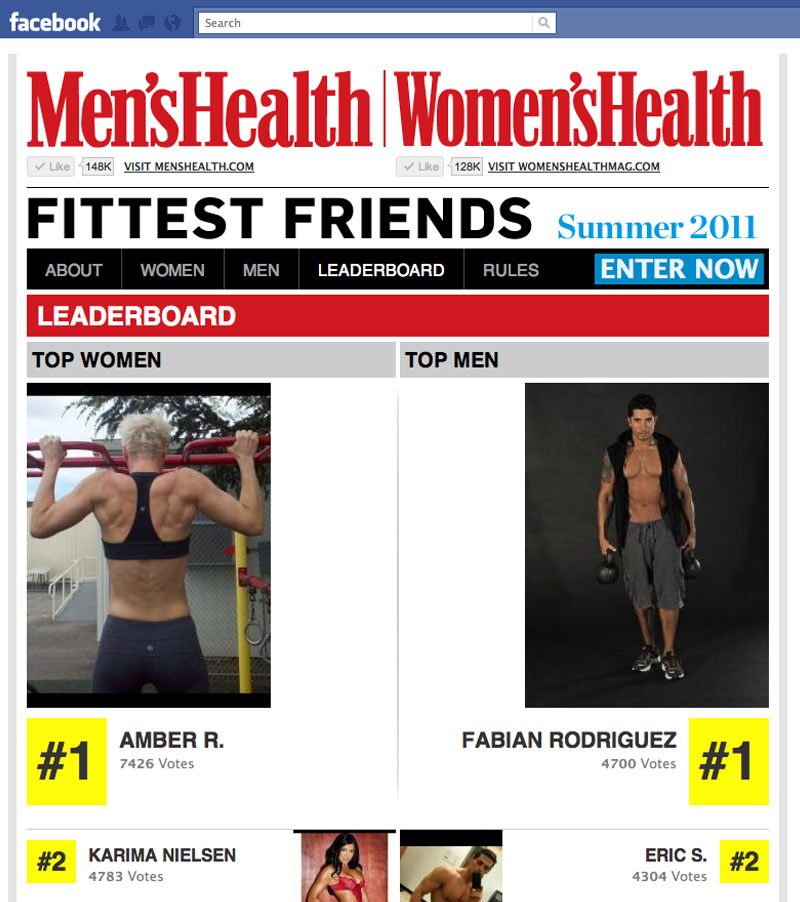