The Vancouver Aquarium wanted to grow its email database and raise awareness of its latest attraction, a colony of penguins among its local fans. It also sought to strengthen online relationships with fans in a way that aligned with the brand’s core promise: Engage. Amaze. Inspire.

The Vancouver Aquarium ran targeted Facebook ads in order to increase traffic to its Facebook-based contest and accepted different types of creative submissions in order to convert more visitors to participants. 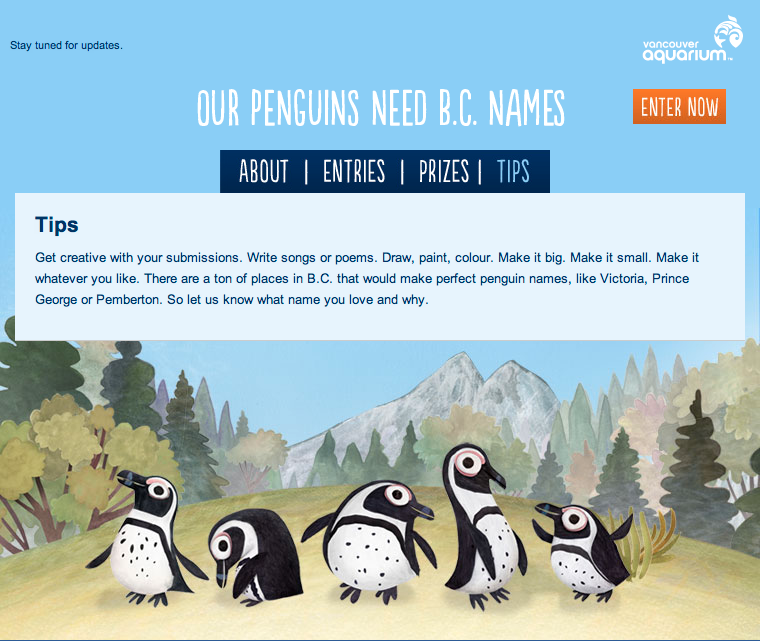