Vega, an innovative company in natural health products, wanted to promote their new line of smoothies through a user-driven campaign on Facebook.

The Get Energized Photo Contest had two separate rounds. In the first round, the submission round, Vega fans simply shared a photo of themselves doing an something active and filled in the blank: “I am energized while …”. Immediately following the submission round came the voting round where entrants rallied for votes from their friends and family.

Vega motivated people to participate during both rounds of the contest by offering hundreds of small prizes to random entrants and voters and one grand prize to the top voted entrant.

Working with a Strutta Facebook Contest, Vega was able to:

Instead of taking their in-house development team away from other projects or outsourcing development work to another party, Vega’s marketing team used Strutta to create a full-featured Facebook contest app on their own. They also took full advantage of Strutta’s administrative tools including content moderation tools, real-time stats, user data downloads.

While Vega’s marketing team worked on content for the contest, their design team applied customizations to Strutta’s CSS Style Kit. As Vega had recently underwent a rebrand, being consistent and on brand was a priority. Strutta’s flexible design options allowed Vega to make their new branding really stand out.

Equipped with vibrant design assets, Vega actively promoted their contest on Facebook through ads, posts, on their website, in a newsletter, on all social media channels, and in stores (Vega’s main retailer is Whole Foods). Meanwhile, participants used built-in Facebook, Twitter and email share tools to share their favorite entries in the contest. Karen Oaxley was Vega’s top influencer and grand prize winner. She alone brought over 3,000 visitors to the contest through her campaign for votes! 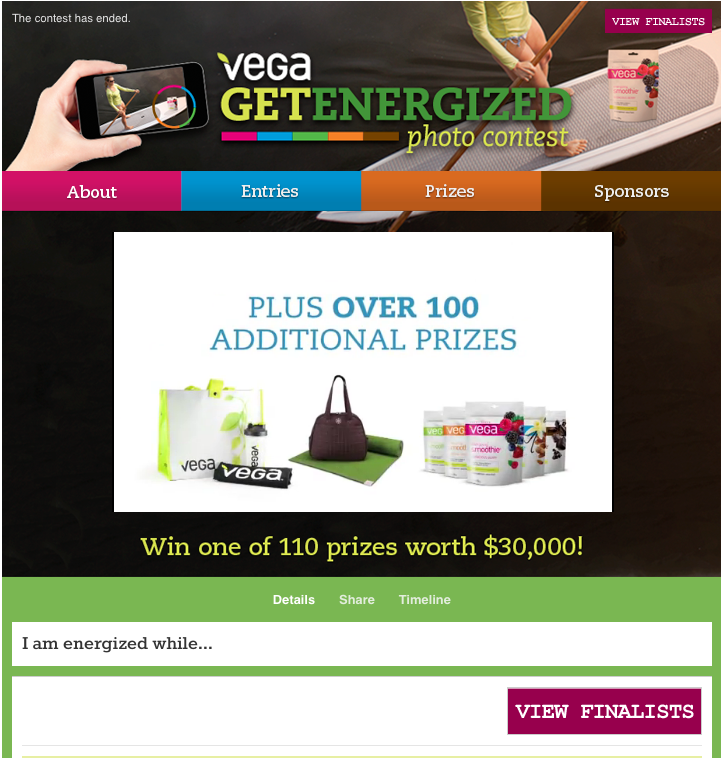 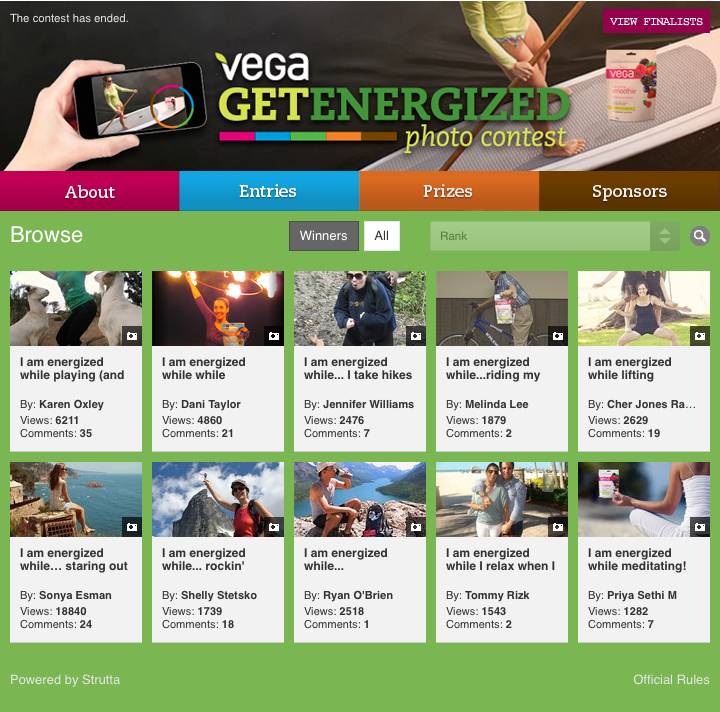 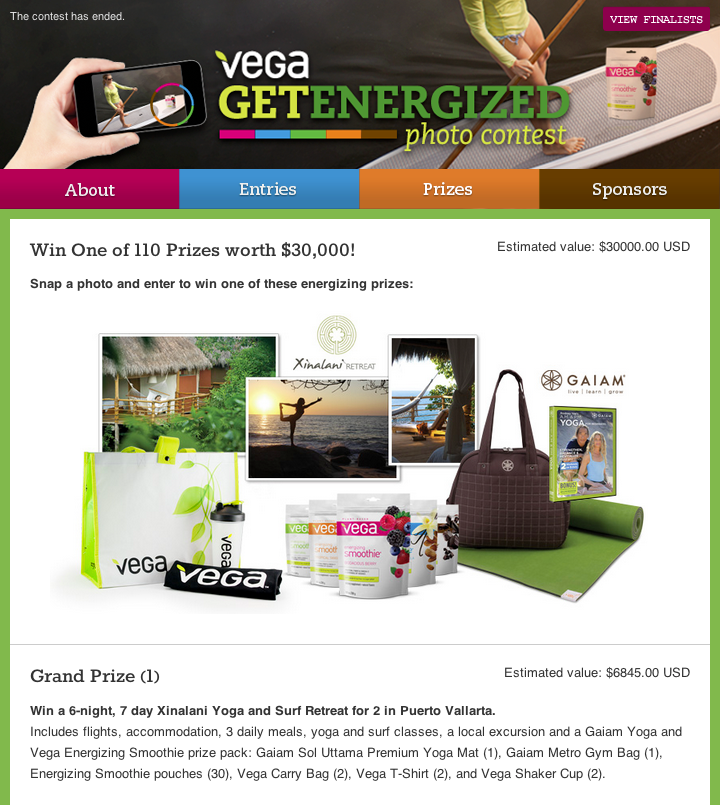 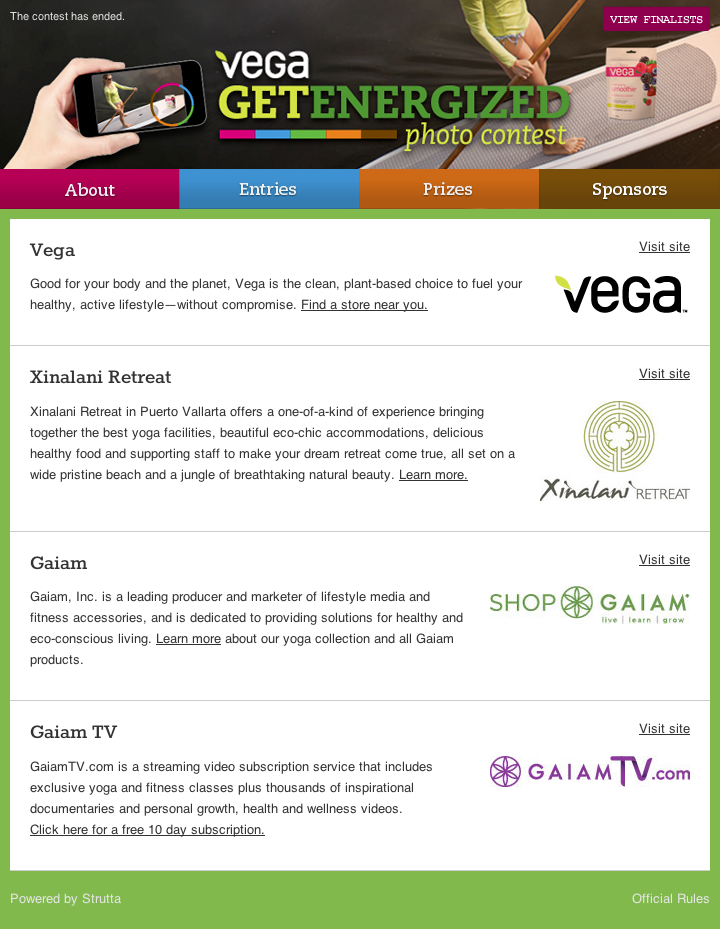 Vega’s goals were simple. They set out to hit 300 entries and 18,000 visits. As the voting round kicked in and people started sharing their favorite entries, those numbers were blown out of the water: