The Vancouver Whitecaps soccer team has a loyal subscriber base of season tickets holders, but wanted to increase its exposure and broaden sales beyond its existing audience.

For its 2014 season tickets renewal campaign, the Whitecaps’ goal was to expand its reach to friends of existing fans, and, ultimately, increase the uptake on new sales.

The Whitecaps’ Strength in Numbers campaign promoted a 12% discount on season tickets for a period of 12 days. Its accompanying sweepstakes, designed to amplify the promotion, involved a draw for a Whitecaps suite for one lucky winner plus 12 friends.

The catch? Social sharing was at the heart of this campaign. By working together, fans could unlock additional prizes the more they shared the promotion in their social media channels—strength in numbers indeed. While a minimum of 1,000 social media shares would unlock the main prize, every additional 200 shares added new prizes to the suite, including a photo taken at centre pitch, snacks, branded and autographed merchandise, a catered meal, a locker room tour and a visit from a Whitecaps player. To win the full bounty, participant shares on social media had to reach 3,400. At the end of the promotion, a winner was randomly drawn from among all entrants. 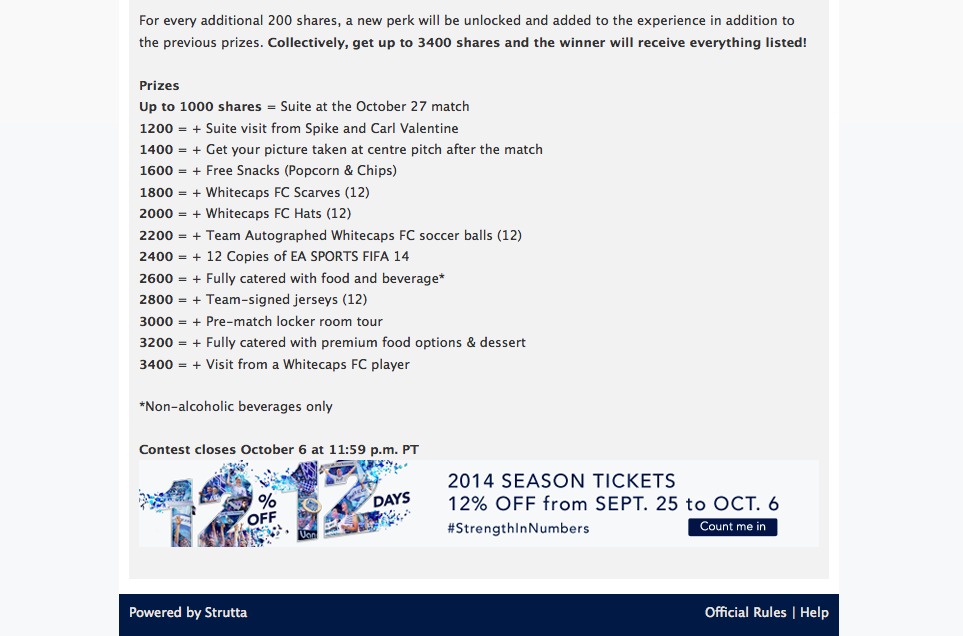 Strutta also created a custom share counter to track the total number of social shares as the campaign progressed. Making the total shares visible on the homepage of the promotion motivated participants to continue sharing the contest with their social media channels to move up the prizing ladder. 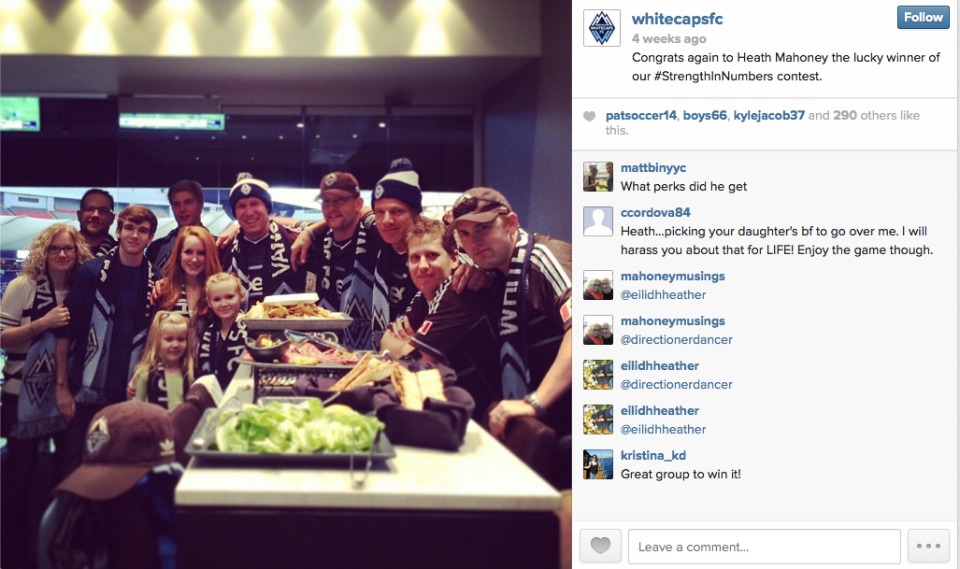 And the kicker? The winner of the Whitecaps prize suite was not a season ticket holder, but ended up purchasing several season tickets as a result of his win.