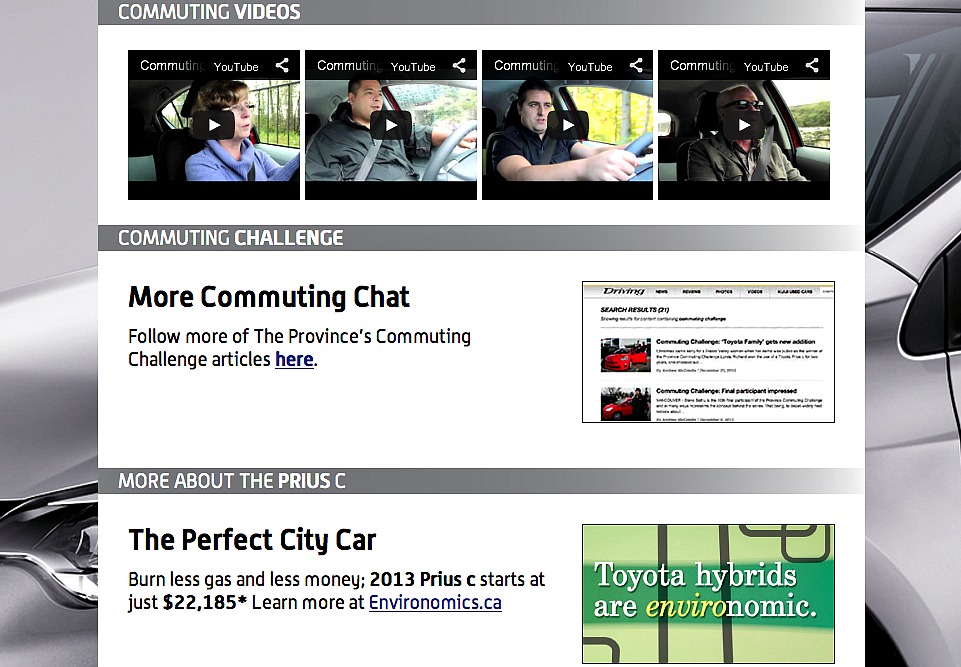 In a region characterized by high fuel costs and long commutes, you’d think promoting a fuel-efficient hybrid vehicle would be an easy task. But when you’re faced with overcoming objections around a relatively new product, challenges are inevitable.

The Province, a British Columbia, Canada-based regional newspaper, was looking for ways to drive traffic to its 10-week Commuting Challenge, a series of articles and videos in which 10 readers were invited to test-drive a hybrid car for a week. The Province partnered with Toyota BC for the Commuting Challenge, and loaned a 2013 Prius c to its 10 participants. The collective goal of both partners was to raise awareness of the benefits of driving a hybrid. 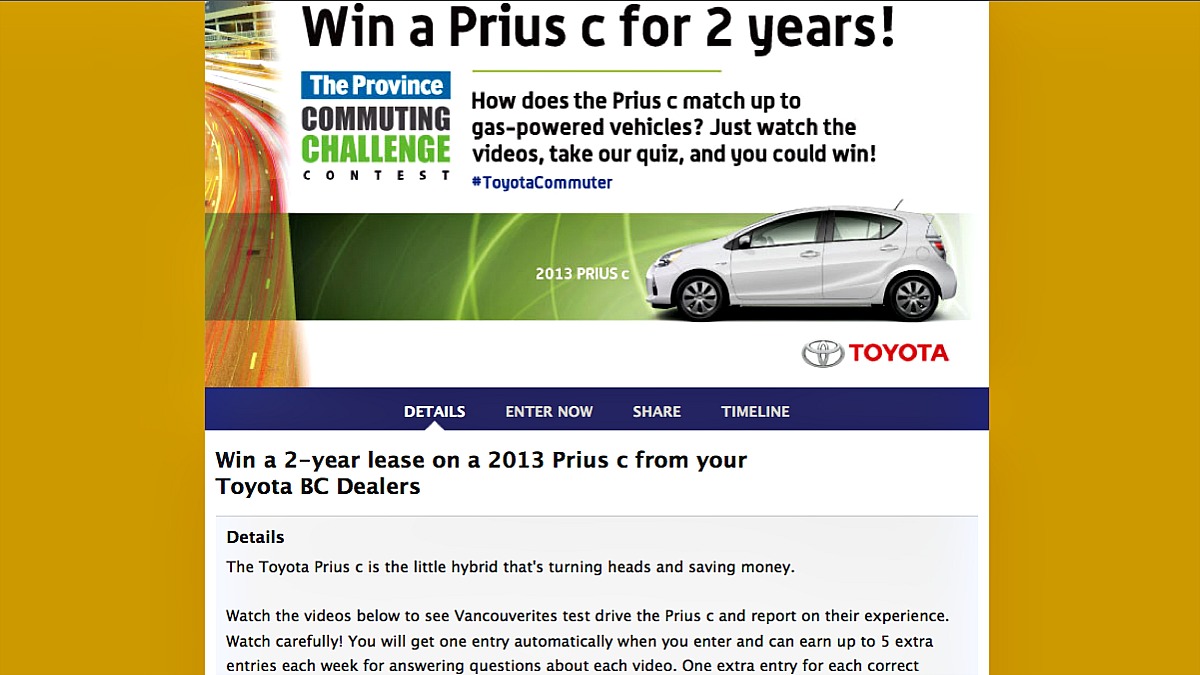 The videos, which featured each of the 10 participants enjoying their commute in the hybrid, were posted on YouTube and on The Province’s Commuting Challenge blog.

In order to drive traffic to the videos, The Province launched an accompanying promotion that invited participants to watch the videos and answer questions about them. Using Strutta’s social promotions platform, The Province created a customized Facebook promotion accessible to fans of its Facebook page. Fans were invited to view and answer a question about each of the videos for the chance to win a 2-year lease on a 2013 Prius c. Each entrant was given one entry for participating, and had an opportunity to earn extra entries for every question answered correctly, and for sharing the promotion with their friends.

The interactive nature of the sweepstakes built engagement with the content, while the video testimonials served to dispel common myths about the car, including stereotypical notions that hybrids are expensive, low on power and unsuitable for long-distance driving.

Promotion of the initiative also included local test drives, and a print and online campaign pointing to the sweepstakes and to the Toyota BC website. Strutta’s real-time analytics feature allowed The Province to monitor daily traffic and implement on-the-fly adjustments as needed. 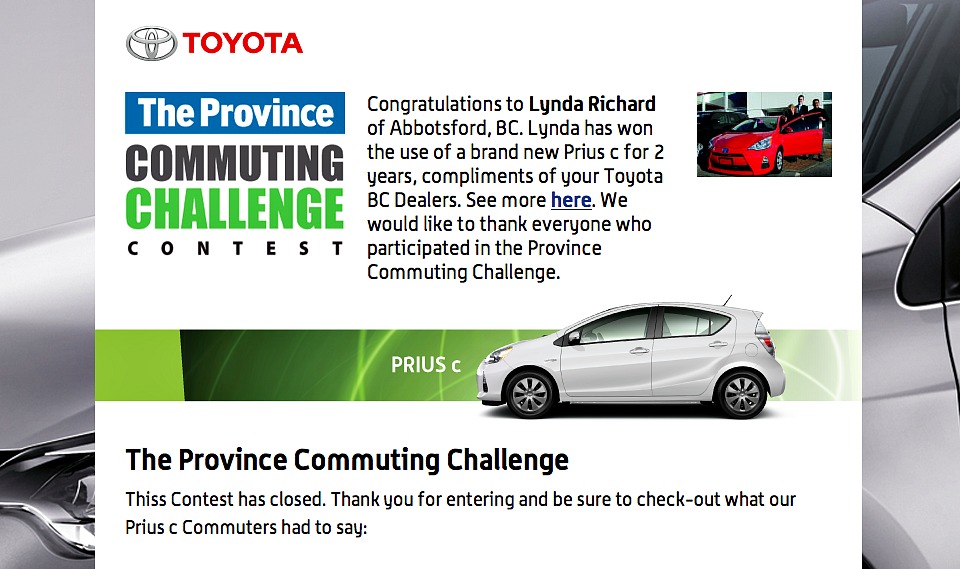 The Province Commuting Challenge succeeded in raising awareness of hybrid vehicles and dispelling misconceptions about who can benefit from driving them. It attracted BC commuters looking to save on costs, engaged with participants in a fun, informative way and increased traffic to the Toyota BC website.

It also nearly doubled the number of likes to The Province’s Facebook page.

In a period of about four weeks, the sweepstakes received:

And it produced one very happy grand prize winner of a 2-year lease on a Prius c. The winner happened to be the owner of a Toyota Corolla, so the Prius made a nice addition to her existing Toyota family.